Caption: This digital work portrays a re-imagining of the famous Apocalypse Now poster, but with a climate change focus. In the same way many of the top polluters of our planet use major print or television advertisements to influence the everyman, this work uses an unnatural and distressing orange and yellow color scheme to capture the attention of the audience.
Details such as the names of the companies in the style of the cast of the film, as well as the two taglines above and below the poster should not be overlooked, and the invocation of the phrase and font from the “Apocalypse Now” film is an on-the-nose reminder that we are already in the midst of the climate crisis, and we must cease our environmental injustices to keep our planet green. 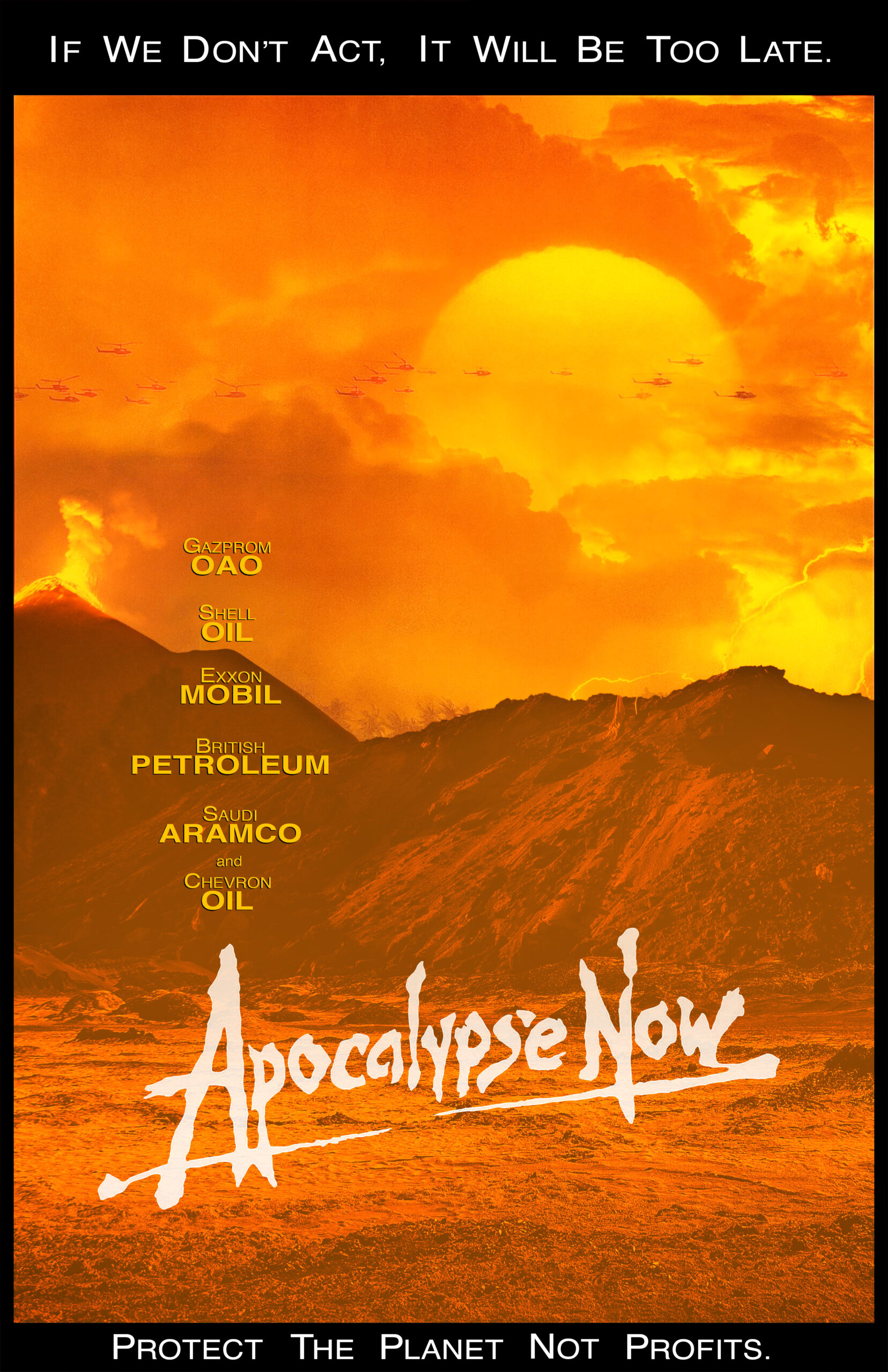 The Power of Doubt and Antagonization: The Current Climate Crisis and Its Deniers