Don’t Fall For It

Caption: In a world where misinformation is being used to mislead the general public, the realm of climate change is no different. Large companies, especially those with a motive to prevent climate legislation from passing, try and release misleading information as to prevent people from believing in climate change, which in turn prevents people from wanting to stop it. Companies like Exxon and Shell want people to continue using their gas, even though gas is bad for the environment. Because of that reason, these companies will compile their own biased data and publish it as to make people less worried about the implications of continuously using fossil fuels. They also fund lobbying that stops climate change prevention laws from being passed because they know that will not help them make profit. Some people have even been conditioned to believe that these companies are greener than they are or that carbon dioxide is a good thing, even in excess. These things are not true, however, and show how companies are trying to foster doubt in climate change and using it as a tool in order to prevent their companies from becoming obsolete.

Tags: Doubt as a Tool 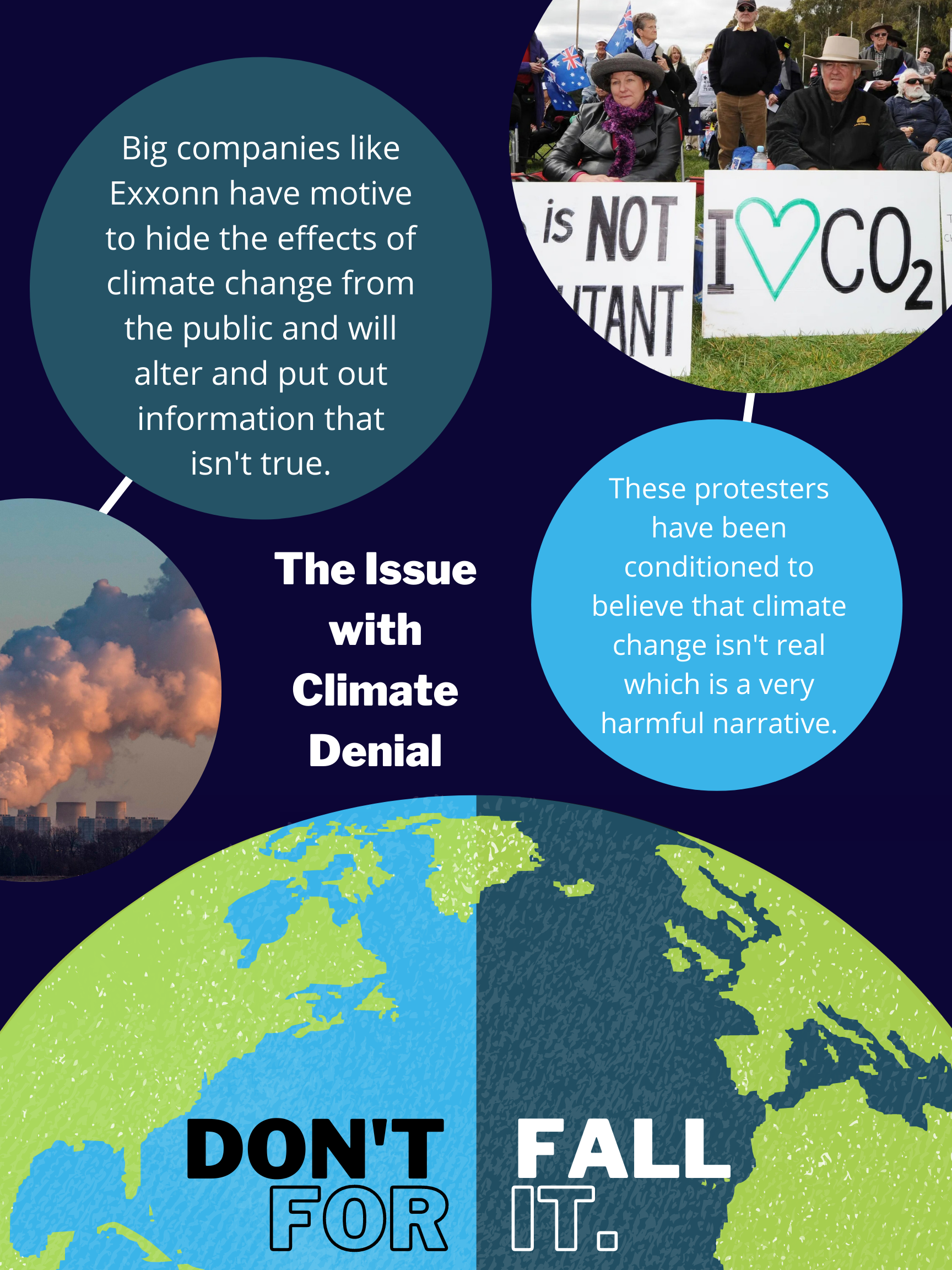 Evading Extinction In The Oean